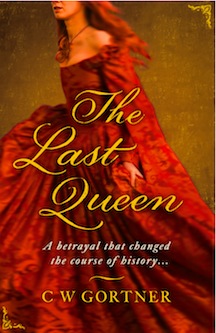 About The Last Queen

Juana la Loca, one of history’s most enigmatic  and forgotten queens, tells the story of her tumultous life…

Daughter of Isabel and Ferdinand of Spain, Juana bears witness to the fall of Granada and Columbus’s discoveries. At the age of sixteen, she is sent to wed Philip, Hapsburg archduke of Flanders, just as her youngest sister, Catherine of Aragon, is sent to England to become the first wife of Henry VIII.

Juana finds unexpected love and passion with her handsome young husband, but when tragedy strikes and she inherits the Spanish throne, she finds herself plunged into a battle for power. Besieged by foes, her intelligence and pride used as weapons against her, Juana vows to secure her crown and save Spain from ruin, even if it could cost her everything.

From the somber majesty of Spain to the glittering and lethal courts of Flanders, France, and Tudor England, The Last Queen brings to life all the grandeur and drama of an incomparable era and the humanity of a courageous princess whose fight to claim her birthright captivated the world. 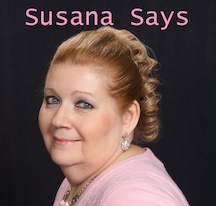 As a former Spanish teacher who has studied in Spain many times and loves it well, I have to admit that this story does not fit my guidelines for Susana’s Morning Room or Susana’s Parlour. It’s not a romance. It’s historical fiction. But this is my blog, so I’m allowed to break the rules occasionally. 🙂

There is romance in this story, but since it’s about a historical person, one knows in advance there will be no happy-ever-after. Frankly, knowing that does cast a bit of a shadow as the story progresses.

But as much as I have studied and taught about Spanish history and civilization, I never knew that much about Juana. I remember passing by the tomb in Granada where she lies with her husband and parents thinking it was poignant that they were all together in death.

After reading Gortner’s version of Juana’s history—which seems quite plausible to me—I have my doubts that this is where she would have wished to spend eternity.

Gortner’s trailer is right: women have never been treated well in history, not even royal women. Those queens who succeeded in keeping their thrones, such as Juana’s mother Isabella and Elizabeth I had to constantly defend their right to rule. After reading The Last Queen, I have a much better understanding of why the latter queen chose not to marry.

The Last Queen is a delightful portrayal of a queen who loved her country and was committed to ruling in its best interests, in spite of the plethora of greedy men who plotted to steal her crown and her birthright.

C.W. Gortner is the author of The Last Queen, The Confessions of Catherine de Medici and The Tudor Secret. He holds an MFA in Writing with an emphasis in Renaissance Studies from the New College of California.

In his extensive travels to research his books, he has danced a galliard in a Tudor great hall and experienced life in a Spanish castle. His novels have garnered international praise and been translated into thirteen languages to date. He is also a dedicated advocate for animal rights and environmental issues.