Cora will be awarding a $50 Amazon gift card to a randomly drawn winner via Rafflecopter during the tour. Click here for the Rafflecopter. Click the banner above to follow the tour and increase your chances of winning.

About The Marine’s E-Mail Order Bride

If Gunnery Sergeant Zane Hall wants to save his family’s ranch, he’ll need to fix up the buildings, stock the spread with cattle—and find a wife. The first two are easy with the help of his brothers, but getting hitched is proving more difficult. When he meets mountaineer Kenna North through an online ad, she seems like the perfect fit—at least in her e-mails. She wants the same thing he does: a temporary marriage to secure an inheritance. But when Zane meets Kenna, she’s nothing like he expects, and Zane finds himself changing his priorities, fast.

If Storm Willow wants to save her family’s seaside cottage, she’ll have to keep her boss happy—which means taking Kenna’s place and marrying Zane when Kenna is detained out of the country. As long as Storm acts her part, no one will know that she’s an imposter. But when she falls for the handsome Marine, Storm begins to wonder if holding onto the cottage is worth giving up on love.

Can a fake marriage lead to real happiness? Or is disaster just a heartbeat away?

“Kenna, can I ask you a question?” Zane stopped outside the door to her room.

“Of course.” No matter where Storm’s gaze rested, the Marine was fascinating, from his direct gaze, to the curve of his smile to the hollow at the base of his throat. 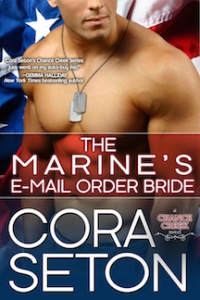 “When you realized what you had to do to get your inheritance, what did you feel?”

Storm searched for an answer. Kenna had been furious, of course, but she couldn’t say that to Zane, not when the way he was looking at her told her he too was struggling against a current of desire.

“You know what I felt?” he went on when she didn’t reply, and his deep, warm voice touched off a new wave of want within her. “Relief. I wanted to marry anyway, but I was beginning to think I was the only one in the world who felt that way. The guys in my unit acted like marriage was a death sentence. Even the women I met seemed to think that.” He shrugged. “You’d think no one believed in marriage anymore. I do, though. I’ve always known exactly what I want. To get my family’s ranch back, to fall in love with a beautiful woman, and to start a family with her. When I heard Heloise’s conditions for inheriting the ranch, I thought, ‘Well, now I’ve got an excuse for going out and getting a wife.’” He laughed, but it was a bitter sound. “I’ve never told anyone that.” He looked away and the brim of his hat hid his face from view for a moment. When he turned back toward her his gaze was direct and searching. “What about you? Have you ever wanted something like that?”

Storm barely trusted herself to answer. Kenna would say no—she’d never wanted a husband or a family.

“Yes. I’ve always wanted to marry, too. My parents were so happy together and it’s been so hard on my mom since…” She caught herself just in time, realizing she was getting her story crossed with Kenna’s. “I’ve always wanted to marry. I want…” What did she want? “I want a partner in life. Someone I can depend on. Someone I can celebrate with when things go well. I want us each to have our separate passions, but I want us to have plenty that we do together, too. Does that make sense?”

“That makes perfect sense. Kenna, I—”

“Storm,” he said slowly. “I like that. It suits you better than Kenna. Storm, I feel like you and I—” He broke off, turned away, and surveyed the parking lot beneath them. “Never mind. 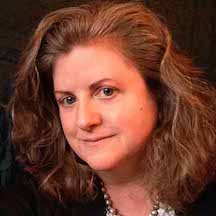 Cora Seton loves cowboys, country life, gardening, bike-riding, and lazing around with a good book. Mother of four, wife to a computer programmer/eco-farmer, she ditched her California lifestyle nine years ago and moved to a remote logging town in northwestern British Columbia.

Like the characters in her novels, Cora enjoys old-fashioned pursuits and modern technology, spending mornings transforming a neglected one-acre lot into a paradise of orchards, berry bushes and market gardens, and afternoons writing the latest Chance Creek romance novel. Visit http://www.coraseton.com to read about new releases, contests and other cool events!

Tina will be awarding a $25 Amazon GC to TWO randomly drawn commenters during the tour, and every host will be awarded a $5 Amazon GC. Click on the banner above to follow the tour and increase your chances of winning.

About The Rebel Cowboy’s Quadruplets

REBEL WITH A CAUSE?

Justin Morant can’t believe he answered an online dating ad! Turns out, beautiful Mackenzie Hawthorne is looking for a ranch foreman, not a husband. Good thing, because marriage isn’t in the injured bull rider’s future. Justin is happy to take up the cause of saving the Hanging H ranch—and then there’s the bonus of playing stand-in father to the sexy single mom’s four angelic newborns.

Mackenzie doesn’t know what miracle brought Justin to Bridesmaids Creek, Texas, but she’d be a fool to fall for the hunky cowboy who wears his rebel status like a badge of honor. Justin’s a natural with her daughters and a whiz at ranching…yet one day she knows he’s going to gallop off into the sunset. Unless, of course, the marriage-minded townspeople get their hands on him!

“It’s not just her. It’s you, too. And Bridesmaids Creek, if you really want to know.”

“You’re trying to bring men into Bridesmaids Creek.” Justin shook his head. “They have a matchmaker here, you know. Aren’t you kind of bumping the competition?”

“Just giving the matchmaker some material to work with.”

“Why?” Justin’s curiosity was getting the best of him. 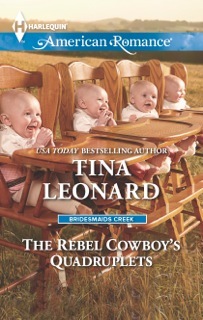 “You’d had to have grown up here to understand.” Ty shrugged. “The Haunted H was a great draw. Lots of jobs were lost when the Hawthornes had to close it down.”

“That’s what this is all about? Bringing jobs back to your hometown?”

“Oh, I get it.” Justin thought he suddenly saw into the cracks of his buddy’s mercurial brain. “You’re trying to find a man for Mackenzie.”

“Not that complicated.” Justin snorted. “When did you decide to play guardian angel to Mackenzie?”

“Since I was the guy with the not-too-swift idea of setting her up with her ex. My onetime good buddy, who turned out to be a weasel of epic proportions.”

Justin stared at his friend. “Have you ever considered that maybe Mackenzie doesn’t want another husband?”

Ty snorted. “Don’t be silly. She’s a woman. A woman needs a husband to feel complete.”

“I’m not sure I ever saw this chauvinistic side of you before.”

“Yes, you did. You just didn’t recognize it, because you and I were thinking alike.” Ty laughed. “Don’t worry, good buddy. I’m not including you in my plan. Just the opposite. I’m clearing you out to make room for some cowboys who don’t wear the rebel badge as enthusiastically as you do.”

If being a hard-baked bachelor earned him that honor, he supposed he’d go with the rebel badge of honor. “And that’s why I’m being dragged on a recruiting tour? You want me out of the way so your matchmaking has a better chance of succeeding?”

“Look. The idea came to me after I’d sent you here.” Ty looked at him patiently. “I realized that Mackenzie didn’t just need help bringing back the old place—she needs a husband and a father to those children. I’m the man who fixed her up with the loser, so I’m going to put it right.”

“Why don’t you just put your own neck into the marriage noose and save everybody some agony if you feel so guilt-ridden?”

Ty put up his hands as if to ward off the very idea. “My conscience is guilty but not stupid.”

Justin stared at his friend. It was true. Ty wasn’t husband material.

Justin sighed heavily. “I think you’re nuts. But whatever. It’s not my town. Nor are these my friends.”

Ty brightened. “So you’ll do it? The lead stallion agrees to head off and leave the pen to the lesser junior stallions?”

“You make it sound like Mackenzie’s ever looked my way twice in a romantic way, which I can assure you she hasn’t. We haven’t spoken that much since I’ve been here.”

“Call it a hunch. Clearing out the pen, as they say. The ladies always want the one they can’t have. Mysterious types seem romantic. Like Zorro.”

Justin shrugged. “I think you took one too many falls off the mechanical bull, Ty, but whatever. I’ll go with you,” he said, “but you better hope Mackenzie never finds out what you’re up to. I have the feeling that little lady doesn’t think she needs any man to rescue her.”

“Mechanical bull! I was no dime-store cowboy,” Ty said, following Justin as he headed back to work. Justin couldn’t stand around examining the holes in his friend’s head any longer. Mackenzie hadn’t given one signal that she might be interested in him in more than a foreman–boss lady relationship.

Still, he had a slightly uneasy feeling about leaving her to the romancing of the Three Dating Daddies—a thought that totally brought him up short.

That’s what one of those men might become: a dad to Mackenzie’s four little girls.

Maybe the most troubling thought of all. 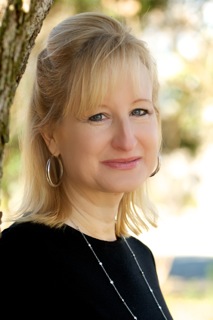 USA Today Bestselling and award-winning author Tina Leonard has sold over 2.6 million copies of her titles. She has made the USA Today Bestseller, Waldenbooks, Bookscan, and Ingrambook lists, and has written and contracted seventy-one books and special projects. Her work has been published by Harlequin, Samhain Publishing, Robinson Scarlet, and most recently Random House Loveswept contracted for a single title trilogy project, Hell’s Outlaws. Leonard was chosen to be among the first authors published for Robinson’s Scarlet line, writing four single title novels for that imprint. Not long after, she sold on proposal to Harlequin American, where she has since written several popular series, most notably the Cowboys By The Dozen, Morgan Men, and Callahan Cowboys series. Her newest single title project, Hotter Than Texas, was published in March 2013. Leonard is known for her fun sense of humor, endearing communities, snappy dialogue, and memorable characters.